Newton House Offices
Architects Cubed Inc is an award-winning architectural firm established in 1995. The office works across a diverse range of projects within the fields of architecture and interior architecture and is particularly recognized for its skills and excellence in design. The practice strives to produce a contemporary Caribbean architecture which is indigenous, modern and timeless.

Linda Moore received her Bachelor’s of Arts in Architecture degree and Post Graduate Diploma in Architecture from Kingston University, UK. Linda obtained her chartered status in 1988 and worked in both Trinidad and in the UK prior to returning to Barbados in 1991 and subsequently establishing Architects Cubed. She is a registered architect in both the United Kingdom and in Barbados.

Shawna Beechley holds a Master’s Degree in Architecture from Harvard University’s Graduate School of Design and a Bachelor’s of Science degree from Cornell University’s School of Hotel Administration with a Concentration in hotel design and analysis. Following her marriage to a Barbadian she moved to Barbados in 1994 and shortly thereafter established Architects Cubed. She is a registered architect in Barbados. 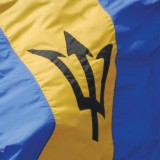 We are a comprehensive business contacts and information resource providing many links and tools for Barbados businesses and for international investors, advisors and researchers who have an interest in Barbados business.